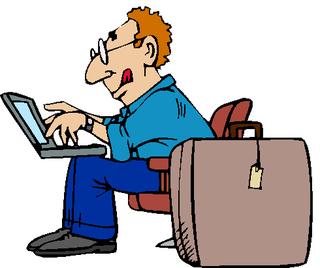 The Via Dolorosa: The Passion and the Last Steps of Jesus

For the Christian world, the Via Dolorosa, or the “Way of Sorrow,” represents both the Passion and the path taken by Jesus to his crucifixion at Golgotha outside the city gates of Jerusalem. Of course, many of the sites that have come to represent the 14 Stations of the Cross are “traditional” sites. Nonetheless, the Stations of the Cross now part of organized devotional observances by many of the world’s Christian denominations and is one of the most venerated sites of the Christian world. In addition to tracing Jesus’ final steps on Good Friday, the scene is reenacted each Friday at 3:00 o’clock in the afternoon.

The reader is taken on the journey Thursday evening from the Last Supper, the celebration of the Passover meal which is the basis of the ritual of the mass, in the Cœnaculum on Mount Zion to the fateful path that traces Jesus’ eastern entry from Gethsemane on the Mount of Olives into the Jerusalem through the Lion’s Gate. From there, the events on Good Friday begin with the condemnation by Pilate at the prætorium inside the Antonia Fortress, and continues through the city, now marked by oratories and chapels controlled by the Armenian, Franciscan, Greek Orthodox, Greek Catholic (Melkite), and Coptic patriarchates. The journey ends with the last five stations of the Via Dolorosa, including Jesus’ crucifixion and burial, are within the Church of the Holy Sepulchre—regarded as the holiest of Christian sites.

Prior to Hitler’s rise to power in the 1930s, Berlin was a major center for Jews, not just for Germany, but for Europe. Jews held prominent positions in business, government, universities, the military, and just about every fabric of social life. And then virtually overnight, on the infamous Kristallnacht, the "Night of the Broken Glass" on November 9-10, 1938, the program that burned almost all of Berlin’s 38 synagogues in addition to many of Jewish-owned houses and businesses.

This book seeks serve as a travel guide with many photographs for the Jewish traveler for those places, past and present, that are of historical interest to the Jewish history of Berlin.